METCALF clione, developed robot arms as a fashion, was exhibited by Kyun_kun with collaborators in the press conference studio of the Open Innovation Lab., ISI-Dentsu, Ltd. on March 25, 2016.

Here is a short movie directed by Kyun_kun and suzkikenta. Having Uchu Imagawa(今川宇宙) and Riko Konoe(近衛りこ) as high school students, with a music “Farmers Market” by Tomggg from Maltine Records. Kyun_kun expressed something so vividly that wearing the series of METCALF has been taken as a matter of course in future. 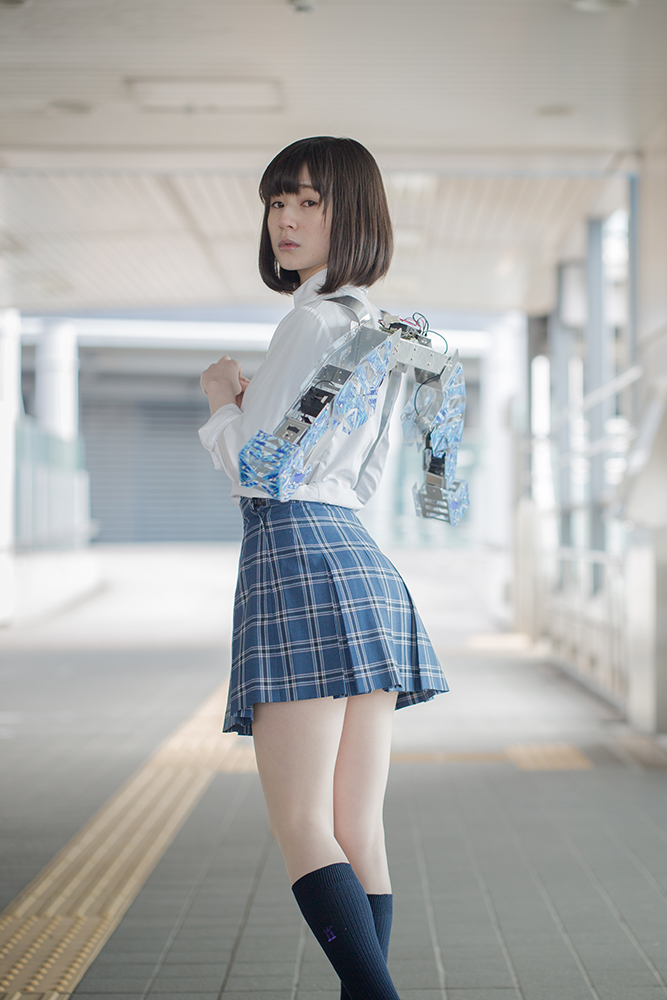 The new METCALF clione is a beautiful transparent design with the blue graphic on the acrylic board. “clione” is named after the creature in the sea for its transparent body.  There are 3 different points between METCALF clione and previous model of ”METCALF“.

– 1 – The first feature is the reduction in weight. The previous model was made of aluminum and weighed 3kg, which was too heavy to wear regularly. METCALF clione succeed in loosing half of the weight of previous model by using the acrylic board and aluminum.

– 2 – The second feature is the graphic on METCALF clione. The graphic is designed by Rei Nakanishi who tried to place the graphic naturally so as to be a continuation of fashion. Having the air layer between exterior materials (aluminum parts and plastic parts) makes METCALF clione very becoming of clione, a marine organism.

– 3 – And, the final feature is the control of the movement. Now it’s able to control the movement of the robot by smartphones. The previous model was controlled by the microcomputer, but now, thanks to “V-Sido OS” of Asratec Corp. (the unit of SoftBank Corp.), you can boot the robot from your own smartphone and control its movement intuitively. 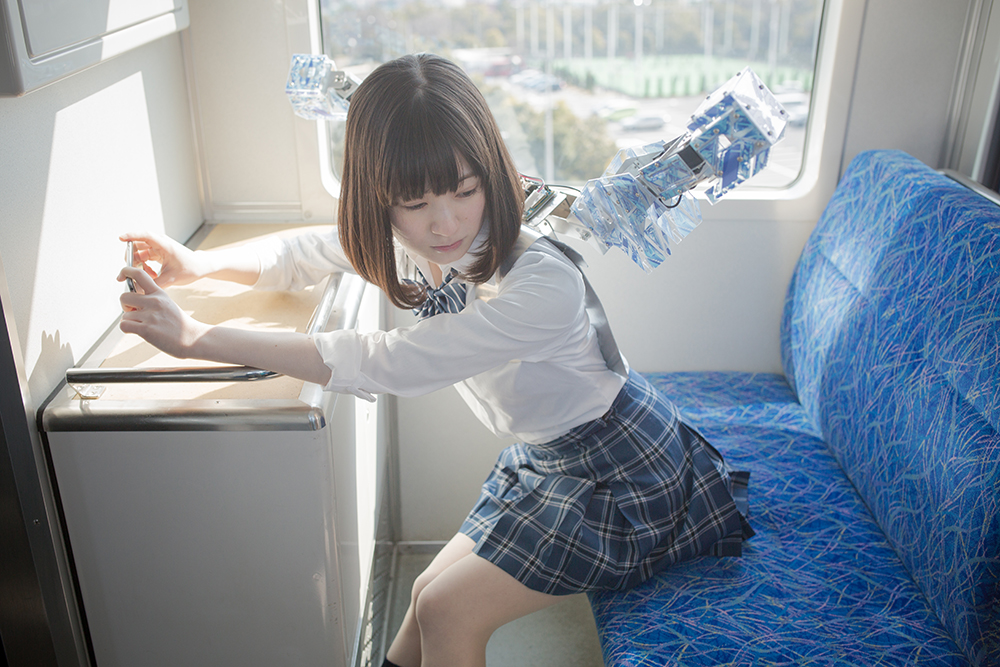 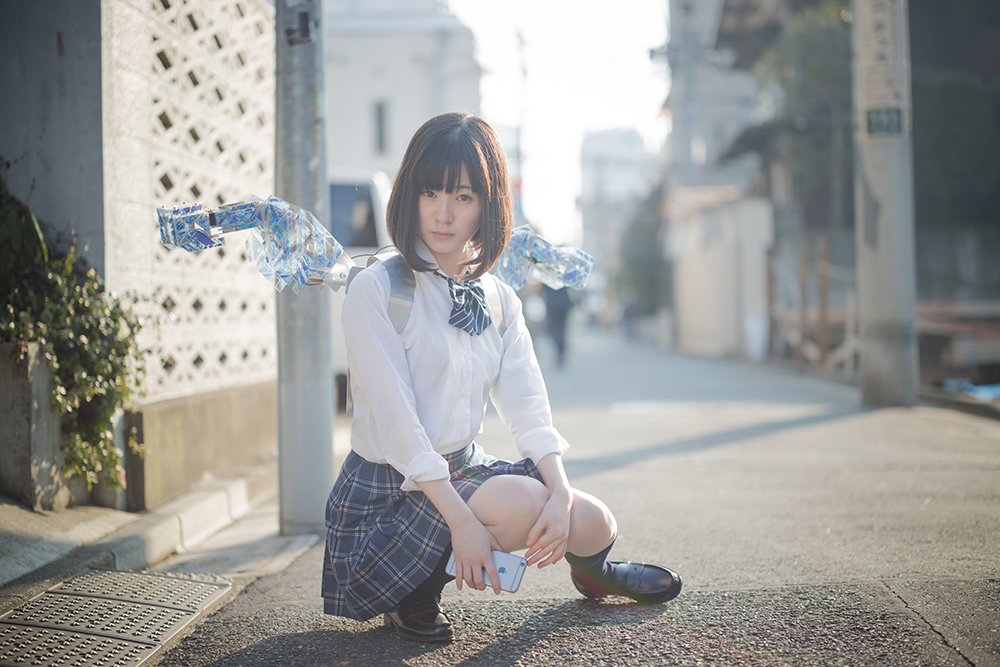 METCALF clione was exhibited in Umekita Future Lab in Umekita Festival 2016 (Match 30 – April 2), set up a photo-shooting booth in  WEGO Harajuku Fashion Geek Expo (Match 26 – April 1), and will be exhibited in Bains numériques, the international media art event in France. Additionally, a derivatives of METCALF clione “METCALF stage”, designed to shine and noticeable on stage, was demonstrated at the concert of AKB48 (Match 26).